The end of the year is usually the time when businesses work on plans to optimise their processes and strategies in order to acquire more customers for the following year. Adjustments and predictions for the future, however, inevitably involve a retrospective look at the past as well. After having previously discussed which are the core skills, required for sales reps’ success in 2014, let’s take a more detailed look at the evolution of sales reps. What was the typical profile of a sales representative in the past and how will modern software solutions, like marketing automation and mobile technologies, keep reshaping his future?

How Sales Used To Work

The first step in the “Sales Reps Evolution” tour is returning to the basics. As solid advocates for the method of inventing personas, let’s resurrect John: a typical sales representative of the past.

John is in his mid 40s and has had a solid experience in “closing deals” for over 20 years. He wears suits, has a professional, trustworthy look and tries to turn every single conversation into some kind of a sales talk. We’ve all encountered John either in a store, on TV, on the radio, or when he called us with an offer or passed by our office to showcase “this new revolutionary product”.

In order to provide some material about his company or products, John has a particular set of equipment to fulfill that goal. His sales collateral usually includes folders with printed documents and business cards, which he carries along in a briefcase. John believes that no piece of paper in this world has greater powers of persuasion than… his mouth. Hence, John talks. A lot!

John is a well educated sales rep with solid experience in his field. Throughout the years, in his pursuit of new customers, John usually used either one, or a combination of the following sales methods: direct, door-to-door or tele-sales. Most of the time, when having to approach new prospects, he couldn’t predict the chances of a successful sale; hence his daily efforts could well be described as “blind shots”.

The Sales Reps of Today and Tomorrow

In time, companies’ constant efforts to reduce costs by optimising processes naturally proved traditional sales processes, such as those conducted by John, highly inefficient. As a result, the urgent need to revolutionise them has arisen. By way of contrast to John, let’s now dive into the profile of Mike – a sales representative of 2013 and illustrate the evolution of sales in more detail.

Mike is young, ambitious and has a solid knowledge of modern business trends and processes. He is well educated, confident and fully aware of the fact that in a rapidly changing economy, the “fittest” companies, those that survive, are the most adaptive ones. Mike has a high technical proficiency and is used to working closely with his colleagues in Marketing.

To conduct the daily activities of his professional life, Mike is provided with access to a large set of sales material to ease his work and optimise his performance. By aligning the efforts of the Marketing and Sales teams, his company has allowed Mike to develop and optimise solid collateral of sales content, which he can easily distribute further to his prospects. Additionally, Mike’s working life as a sales rep is also eased by the deployment of marketing automation technologies. Tools like, for example, Detailed Contact Profiles and Contact Tagging allow him to operate through that highly appreciated personalised approach. What is more, automated Lead Scoring technologies leave no room for wasting time on non-sales ready prospects.

Mike judges methods like direct or door-to-door sales not only as “old school”, but also as aggressive sales harassment. Having to establish initial contact with a prospect, he will always acquaint himself fully with the prospect’s nature, analysed by his online behaviour. Additionally, Mike will never waste time distributing sales material just for the sake of it. Instead, he will have solid expertise in mapping the right content, to the right people, at the right time.

The Future of Sales Reps Reshaped by Technology

The evolution of sales, stemming from the emergence of the Content Selling concept, naturally leads to evolution in sales representatives' profiles as well. As opposed to old-fashioned methods like cold calling and door-to-door, sales reps are now equipped with much more efficient ways to optimise their performance. Marketing automation and mobile technologies will therefore continue to take an essential part of sales reps' profiles in the upcoming future. There will also be increased efforts towards achieving an even more mature adoption of modern software solutions.

Any firm knows that customer retention is key to long-term success. The good news is that once...

Our in-depth marketing automation reviews take a look at Oracle Eloqua. We find out what is offers,...

Love them, hate them, HubSpot has revolutionised the way we approach marketing, customer service... 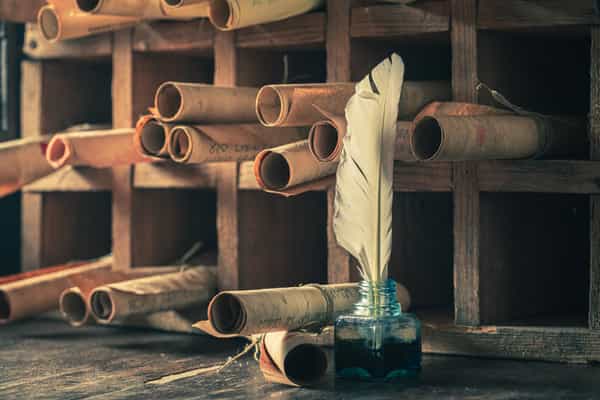