Influencer Marketing Trends for 2018 and Beyond

Despite the fact that social media platforms have been moving towards a mostly pay-to-play model in the last few years, the channel remains a vital arena for online marketers. For the reason, over the past few years we have seen marketing through the efforts of industry influencers become a sound tactic.

Influencers, like our own Speed Comparer, are prominent industry figures whose expertise is trusted by customers and prospective customers. In a more decentralised arena like that of social media, influencers are well-regarded voices of authorities to whom people look for sound decisions about where to spend their money. Since this is the case, influencer marketing has been a major part of online advertising efforts.

Like everything with digital marketing, whether B2C or B2B, there is constant evolution taking place. So, here are some of the influencer marketing trends to expect in 2018 and 2019.

Influencer marketing will get bigger

Since the early 2000s, there has been an increase in product placement advertisements on TV; think of characters conspicuously enjoying a branded product, or a home-improvement show announcing the names of the products being used. With the advent of digital video recorders, television viewers could easily fast-forward through commercials so there needed to be a way of embedding marketing materials directly into the content viewers were choosing to enjoy.

The role of micro-influencers will grow

One of the biggest trends in the world of influencer marketing has been the rise of micro-influencers. A micro-influencer is called so because they have a smaller reach—on Twitter, they might have a follower count in the low tens of thousands. But while a micro-influencer is not a giant in their industry, their smaller fanbase is often more committed. This works very well in the B2C world, where individual consumers are usually seeking what feels like authentic connections and the next big thing.

But interpersonal connections do not work as well in the B2B realm as they do in B2C, so B2B firms can’t rely on the same techniques. However, many of the same principles do apply. B2B firms should find people who are experts in the same field, bring value and possess authority, and connects with their audience.

HubSpot is particularly adept at cultivating relationships with micro-influencers in their field, finding up-and-coming tech gurus and providing platforms like guest-blogging spots. Any company that wants to be successful with micro-influencer marketing should get a head start now.

That’s going to change from here on out. For example, in recent years American Express has found great success with influencer marketing campaigns directed towards small businesses. That company’s director of content marketing for American Express attributed their success to a community-oriented approach which covered a broad spectrum of online platforms, rather than just LinkedIn and Twitter. In future, firms should explore influencer marketing efforts in forums other than the social media giants, like blog comments and question-and-answer forums.

The ultimate step in influencer marketing might be to make the head of your own company—or possibly yourself—an influencer.

At the end of 2015, an analysis of the web presence of Fortune 500 CEOs found that 61% had no online presence. LinkedIn was the most popular and not one CEO had a presence on all 6 major social media platforms. Only 60% of CEOs with Twitter accounts were active. Not very much has changed in the years since: one Forbes columnist observed several months ago that “the majority of CEOs avoid social media.”

Of course, CEOs who are trusted and even personally liked in the manner of Steve Jobs are a rarity. But particularly for small- and medium-sized businesses, people prominently affiliated with the business can build their credibility in online forums and thus drive traffic to their site. We’ve discussed this very technique in the past, because it’s an effective way of getting seen. In the coming future, savvy businesses will elevate their own people to the position of trusted industry voices.

A 2012 survey by Nielsen found that 92% of consumers trusted peer recommendations, and trust in traditional ads was declining. Trust in traditional ads has declined more since then, so the value of influencers in B2B selling will only increase, too. If you need help running a great influencer marketing campaign, or any other campaign, please reach out and we’ll be happy to talk!

These are 5 email marketing techniques that your firm should consider mandatory for 2018. Not every... 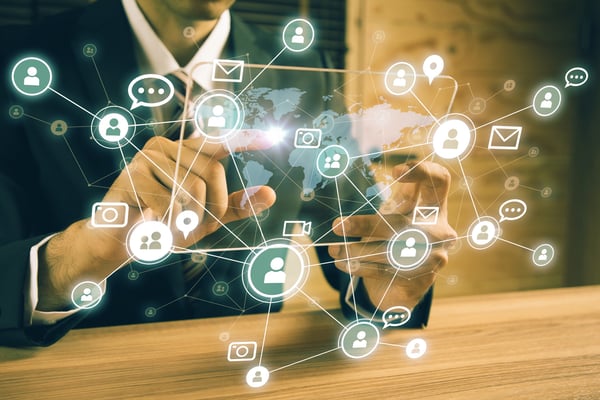 Hey, pssst. Want to know what the Marketing Trends will be for 2017? Lucky for you we have compiled... 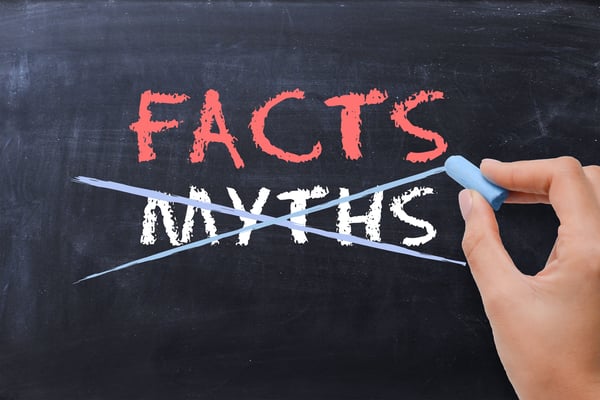 Welcome to our 2017 year-end blog post and our marketing trends and forecasts for 2018.