1. A move towards chatting and messaging

Traditional customer engagement has involved getting a prospect’s email address, usually obtained through a lead capture form. This worked for a long time, but it’s not how effective lead generation will look in future.

In 2015, messaging apps overtook social media platforms for the first time, meaning that younger generations of internet users are more comfortable with communicating with programs like WhatsApp than Facebook. This shouldn’t come as a great shock to firms doing business online, since social media networks have radically reduced the organic reach enjoyed by anyone on the platform. As we discussed earlier, social media is not free advertising anymore, it’s pay-to-play like any other ad.

What this means for businesses is that chatting and messaging should be understood as a part of advertising and outreach. Prospects are already much more receptive to the casual comfort of a chat window than the stodginess of a lead capture form. Gillaume Cabane, VP of Growth at several marketing firms, found that by engaging prospects with a chatbot instead of a lead capture form, his firm was able to increase lead generation by 500%. Prospective customers were much more comfortable providing emails after a chat.

Fortunately, as we’ve explained in some of our posts on chatbots, AI is greatly expanding what a chatbot is capable of. The highest-tier of chatbot is less a ‘bot’ and more of a sophisticated AI program capable of executing most simple tasks.

In the last 5 years, one of the major trends in advertising, journalism, and the wider culture has been the rise of “storytelling.” Narratives with satisfying arcs and conclusions are such an important part of contemporary outreach that people speak of ‘brand storytelling’. One typical Forbes headline calls storytelling ‘the key to success’ in business.

Due partially to the storytelling trend, customers expect a high degree of personalisation when interacting with a brand. Fortunately, automation enables firms to personalise their engagement to a new degree.

A typical web personalisation tool will identify and categorise your online assets—blog posts, white papers, videos, etc. Machine learning and predictive analytics use a visitor’s profile to show that prospect information and content that will be most interesting to them. The visitor’s online behavioral patterns get them the most relevant information, and web personalisation promises to increase ROI and engagement for both B2B and B2C firms.

This matters so much because irrelevant content has long been one of web users’ greatest turn-offs. In the B2C sphere, for instance, nearly three-quarters of customers reported experiencing frustration when shown content they saw as irrelevant. The same study found that at least half of users would leave a site if they were shown content they saw as too at-odds with their interests. Research indicates that the same personalisation holds true for B2B—one study from the same year found that half of B2B marketers identified getting the right content to visitors as their #1 priority. Fortunately, between then and now, marketing automation has made this easier than ever, and the trend will only increase.

3. Blurring the line between sales and marketing

Traditionally, sales and marketing have been two distinct entities. They are closely linked, but the sales department has usually targeted more specific prospects while marketing has taken a broader approach. The fact that automation is opening up a wide range of personalization means that many of these divisions will also fall by the wayside.

If, for example, every website visitor is indexed according to web browsing behavior, then they are already getting a much more specific ‘sales’ approach than a broad ‘marketing’ approach. Small- and medium-sized businesses are already accustomed to targeting leads at different points in the funnel, so in this area, SMBs might be at an advantage.

As we said at the outset, while marketing automation has already helped many small- and medium-sized businesses grow by leaps and bounds, this technology is still in its relative infancy. Let us know how have these prediction have matched up with your own experiences!

Just starting out with marketing automation? Marketing Automation for Dummies is your hotline to...

It’s no fun to work during the holidays, but fortunately marketing automation makes it easy. Give...

Marketing Automation is considered one of the most useful marketing tools ever! But do you know... 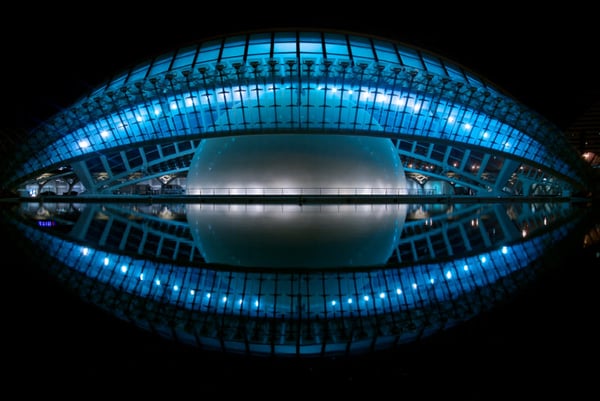 Marketing automation helps you grow your online traffic, and it's a necessity for a successful...